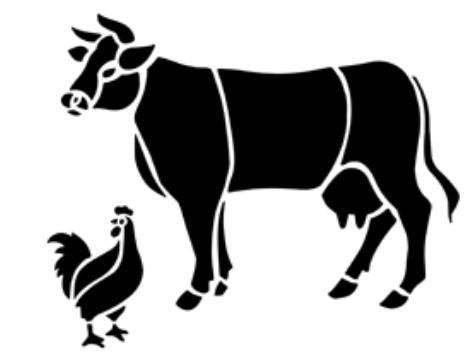 Researchers from the Universities of Oxford and Reading – in collaboration with awareness-raising organisation Sensory Spectacle – are hosting an innovative event called Sensory Supermarket as part of the Sensory Street research project.

Researchers from the University of Oxford, KTH Royal Institute of Technology, Science for Life Laboratory, and the Karolinska Institutet, Solna, Sweden, have found that individual prostate tumours contain a previously unknown range of genetic variation.

Sepsis is a primary cause of mortality in newborns, particularly in low- and middle-income countries (LMICs). A new study coordinated by Professor Tim Walsh at the Ineos Oxford Institute for Antimicrobial Research (IOI) and Department of Biology looks at the links between the presence of bacteria resistant to antibiotics isolated from mothers and their newborn babies living across 7 LMICs in Africa and South Asia. They show that antimicrobial resistant bacteria are present in neonates after just a few hours of life, and find examples of transmission of sepsis-causing resistant bacteria within hospitals and from mothers to babies.

The inflammatory diseases company’s rapid ascent and exit underscores the importance of friendships, partnerships and networks in innovation.

The value referenced most frequently by business, according to a new report from Oxford University researchers, is collaboration, followed by integrity, excellence, customer service, and creativity – with humility, hope and gratitude cited by the fewest – although humility has been linked with executive success.

Researchers from Oxford’s Institute of Population Ageing, Tufts University and the University of Manchester have discovered that common viruses appear to play a role in some cases of Alzheimer’s disease (AD).

The new air-powered hand provides a lightweight, low-maintenance and easy-to-use body-powered prosthetic option particularly well suited for children and those in low and middle-income countries.

Researchers from the University of Oxford have today reported new findings from a Phase 1 clinical trial studying the immune response and safety of their newly-developed single shot rabies vaccine, ChAdOx2 RabG - with promising results identified.

Secure cryptography with real-world devices is now a realistic possibility

New research published in Nature explains how an international team of researchers have, for the first time, experimentally implemented a type of quantum cryptography considered to be the ‘ultimate’, ‘bug-proof’ means of communication.

New AI uses associative learning techniques rather than AI’s traditional neural networks to challenge the conventional wisdom that artificial neurons and synapses are the sole building blocks of AI.

The University of Oxford has today launched the Department of Biology which brings together the existing Departments of Zoology and Plant Sciences.

Over the past four weeks (26 June to 27 July), approximately 1,200 state school students from across the UK have attended a residential summer school at Oxford.

The short-term effects of excessive drinking are well known, but to date it has been less certain whether alcohol also accelerates the aging process.

Gaming does not appear harmful to mental health, unless the gamer can't stop - Oxford study

Societies may tremble when a hot new video game is released, but the hours spent playing popular video games do not appear to be damaging players’ mental health, according to the largest-ever survey of nearly 40,000 gamers and their gaming habits, which was conducted over six weeks by a team from Oxford’s Internet Institute. That does not mean, however, that the research did not throw up some concerns – and, the team argues, much more information is needed before tech regulators, can really rest easy.

A new social network analysis of female wild red deer on the Isle of Rum in Scotland shows that ageing deer tend to adopt a life of solitude in their advancing years.

Seven academics from the University of Oxford have been elected as 2022 Fellows of the British Academy in recognition of their distinguished contribution to research.

When hippos roamed, past temperatures were much higher - expert comment

This week has been seen serious disruption and consequences from the heatwave. Look back, though, and modern humans have faced even higher temperatures in the UK.